What Is The Lady Bug?

Everyone in Washington DC has had an encounter with a ladybug at one time or another. It might not have necessarily been an unpleasant encounter or experience, but that doesn’t mean the pests isn’t a threat. Being a member of the Coccinellidae family the ladybug can grow anywhere from 1/32 to ½ an inch. Most are commonly colored scarlet, orange, or yellow with corresponding black spots on their wings. The legs, heads, and antennae, on the other hand, are usually solid in color. With over 5,000 species spread across the globe, there are a lot of exciting and interesting things one can learn about these creatures.

Living in North America, you can narrow that number down to 450. While there are many people throughout North America and Europe that consider the pest a nuisance, there are plenty that considers them useful. They are considered useful by many because they commonly feed on other aphids. Believe it or not, this is how ladybugs got into North America and Washington DC in the first place. They were released as a means of agricultural control. This is a practice that the Mall of America still follows, as they have reportedly released more than 2 million of these guys since 1992. Pretty interesting stuff, right?

Why Do People Have Ladybugs?

If ladybugs are agricultural creatures that feed on crops and other aphids, why are they in your home? That’s an excellent question and one that we get all the time as pest management pros in the area. It’s one we’re also glad to answer. They are on your property to ride out the winter. During the summer, they’ll spend most of their time outdoors, feeding on crops and other insects. It won’t be until the late fall that they start venturing into the home or property. This is why their numbers have grown over the years. When they were first introduced to North America they would just stay outside during the winter, leading to their ultimate death. They learned from this over the years.

They learned how to combat these conditions by venturing indoors to nearby properties and structures.

There isn’t much good you can say about ladybugs, but one thing is, they don’t really pose you a physical threat. There have been some reported cases where these bugs have bitten people, but in these cases, there was no real physical damage associated with the incident. They also don’t transmit diseases so this is just one less thing you have to worry about. Just keep in mind, these cases were extremely rare. The primary concern with ladybugs is the nuisance they can create.

How To Eliminate Ladybugs?

Ladybugs can be extremely difficult to eliminate from any property. It doesn’t matter if there are hundreds of them in the home, thousands, or just a few dozen. This is because they don’t nest. Instead of nesting, they aggregate in the wall. Because of this, they can literally just pack up and move at the drop of the hat. Trying to eliminate them and unsuccessfully doing so just pushes them further in the property or in different areas. This is why ladybug infestation is a task much better left to the pro. Someone with the experience and know-how to eliminate the problem right from the get-go. This is something we can offer!

Can I Do It Myself?

You just learned that ladybugs aggregate inside your walls rather than building nests. This is just one of the things that make them so hard to eliminate from a property. However, there are still a lot of people that attempt removal on their own. While there is nothing wrong with this, it can just make the infestation worse, spreading it all over the home. It’s best to keep the infestation in one centralized location. In addition to this, the chemicals and pesticides sold over-the-counter for removing ladybugs just aren’t that effective.

You might have some success with these products, but they don’t contain all the ingredients that you’ll find in the commercial-grade products, making them less effective. The reason these products don’t contain the chemicals that are in commercial-grade products is that they are illegal to the general public. Anyone selling, buying, or handling these chemicals without the proper EPA certification is doing so illegally. This is something that should weigh heavily on your mind when choosing a pest management firm in Washington DC.

Along with all this, these chemicals are unsafe. They are even unsafer in the wrong hands.

When Can You Get Here?

Ladybug might not be a physical threat and they might not even do any structural damage to the property, but that doesn’t mean you want them in the home lingering around. If you are running a hotel or gym, you certainly don’t want them hanging out, disturbing your customers. This we understand and that’s why we are more than willing to jump on the problem as soon as it rises. Phone up our Washington offices and we’ll get someone out to the property within the next 24 to 48 hours, We do, however, have emergency techs available when they are needed.

Got a problem that needs tending to immediately? Not a problem, give us a call and we’ll get someone out there! It’s just a matter of picking up the phone and giving us a call. 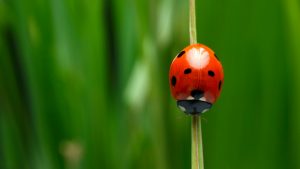